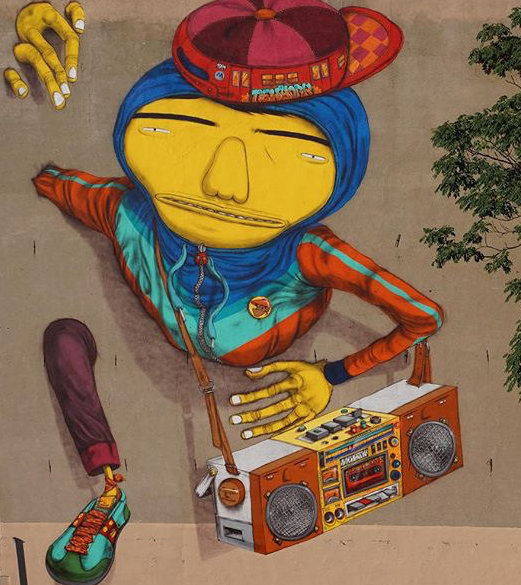 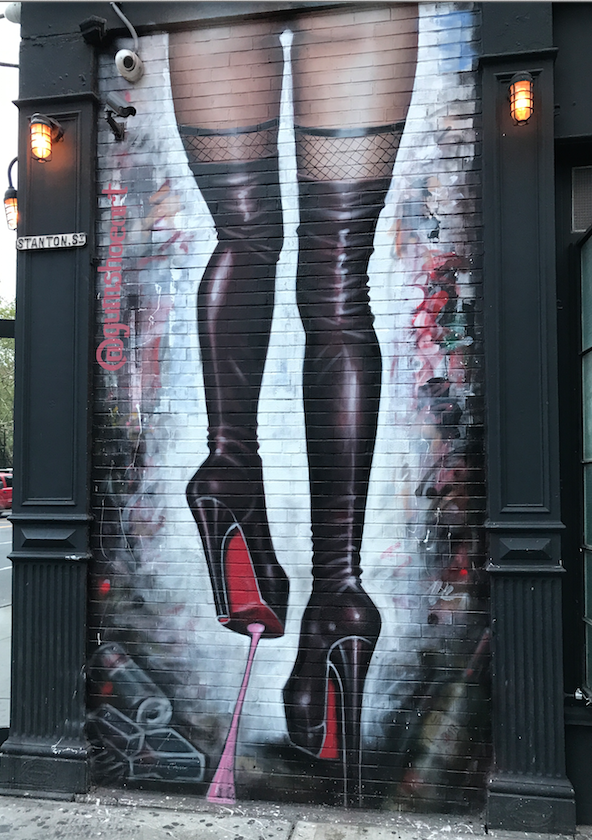 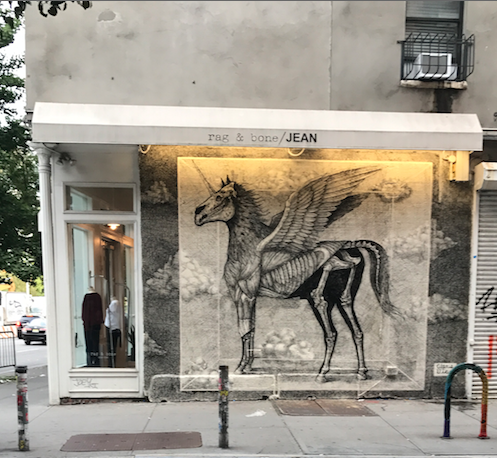 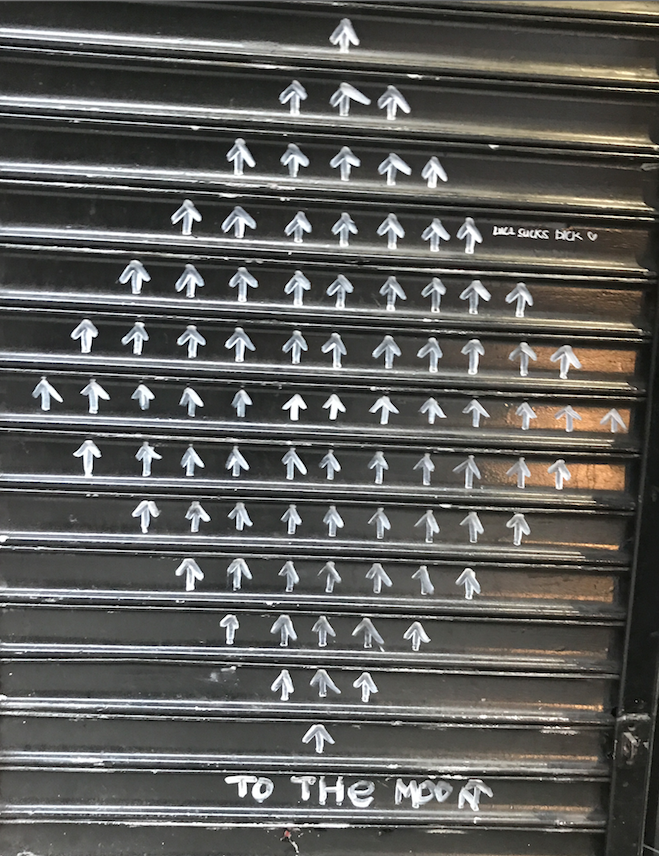 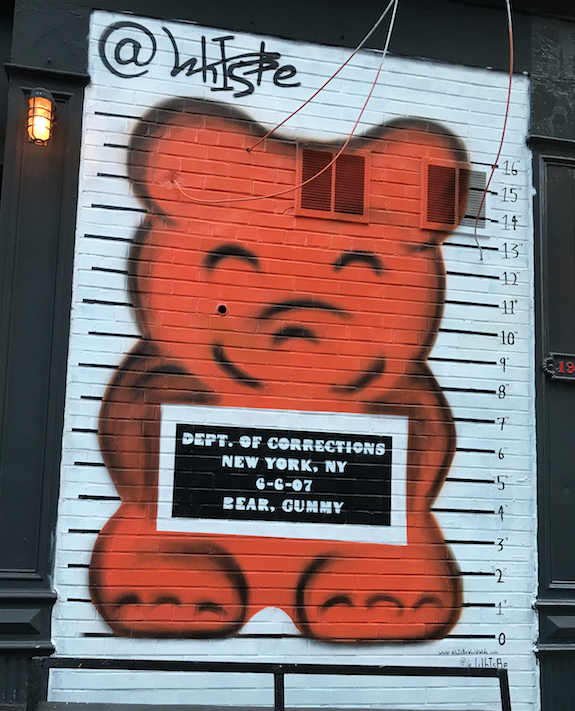 Please Note: The saying, here today, gone tomorrow, is an ephemeral global characteristic of street art. Therefore, we can't promise that everything we post on this site will be there when you visit but, we can promise there will always be more fun art to see.

Come explore the history of  Soho, Noho, East Village and little Italy with an expert guide. The Manhattan Street Art walk explores the counter culture that has influenced so many artists throughout history. You will discover the location of Keith Harings former Pop Shop and Jean-Michel Basquiat's studio, previously owned by Andy Warhol. Walk with us to see the Keith Haring wall and the 1st street art park where new murals pop up regularly. The journey takes us down the oldest street in Manhattan, known as the Bowery, to see where the former punk rock CBGB scene thrived in its day. And, to where the old Yipster cafe once stood, a place where the radical youth spoke out against the war and were known for street theater pranks. You will not be disappointed on this walk. There is so much art to see while we cover a large area of lower Manhattan. 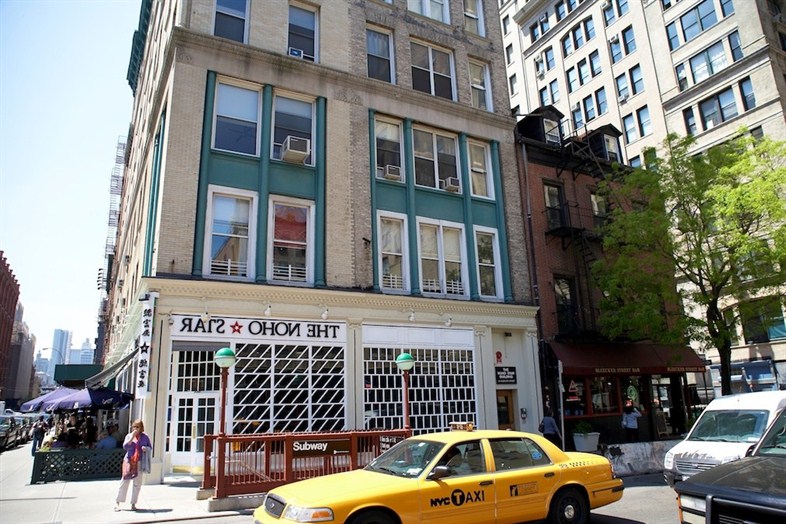 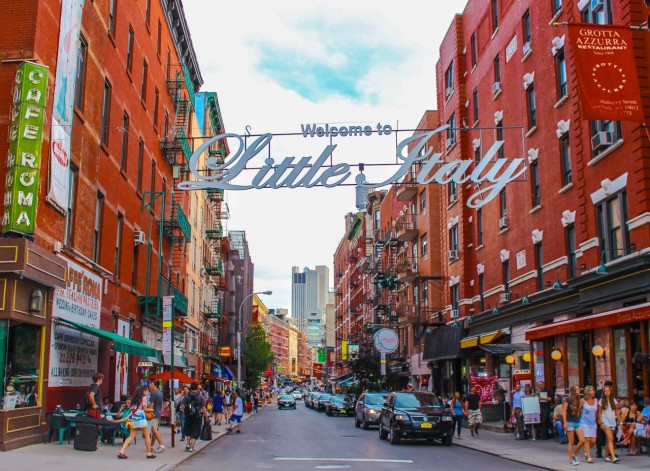 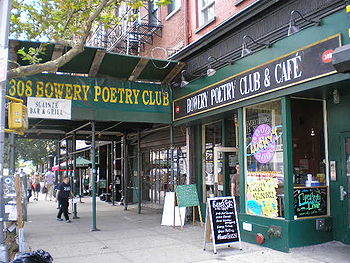 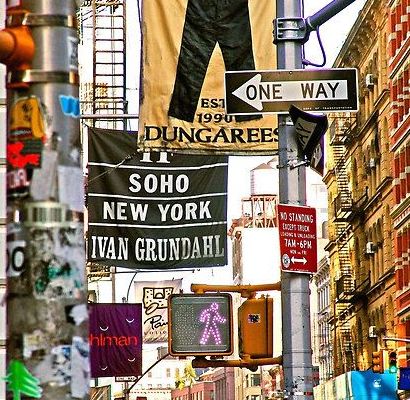 WHERE DO I MEET MY GUIDE?

For directions to the start of the walk see the map below. Make sure you book your tour asap because space is limited. Walk-on's are not always guaranteed a spot on the tour.

Tours meets on the intersection of E. Houston and Lafayette Street, outside the Broadway-Lafayette subway station. 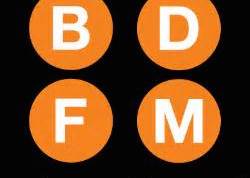 Below is an image of the Puck building so you can't miss it!

If you are driving, insert the address below into google maps or map quest for specific driving instruction to locate the start and end of the tour. (click on link to google map).

Address: REI in The Puck Building

Will you are lower Manhattan why not check out some of these great local restaurants.

Ferrara Bakery and Café: Venerable outfit offering its famed cannoli & other Italian desserts, plus espresso, since 1892.

Café Habana: Folks line up at this NoLita mainstay for its grilled corn and other well-priced Cuban-Mexican eats

New Museum of Contemporary Art: The New Museum is established by an independent curator Marcia Tucker in 1977. It is dedicated to introduce new art and new ideas, by artists who have not yet received large exposure or recognition. Ever since it is founded, the museum has taken on the mission to challenge the stiff institutionalization of art museum. It continues to bring fresh air into the art world, connects it with common public and releases it from its elitist association. 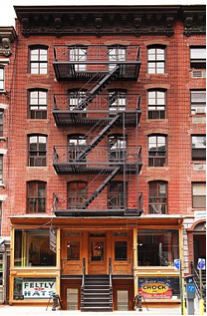 The Lower East Side Tenement Museum: The five-story brick tenement building at 97 Orchard was home to an estimated 7,000 people, from over 20 nations, between 1863 and 1935. The museum, which includes a visitors' center down the block, promotes tolerance and historical perspective on the immigrant experience. 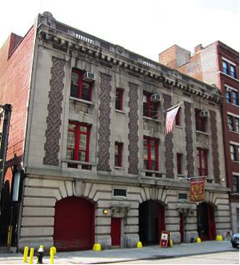 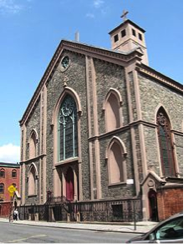 The Basilica of Saint Patrick's Old Cathedral, or Old St. Patrick's, located in the Nolita neighborhood of Manhattan, New York City, with the primary entrance currently located on Mott Street. Built between 1809 and 1815, and designed by Joseph-François Mangin in the Gothic Revival style,[2] it was the seat of the Roman Catholic Archdiocese of New York until the current Saint Patrick's Cathedral opened in 1879. 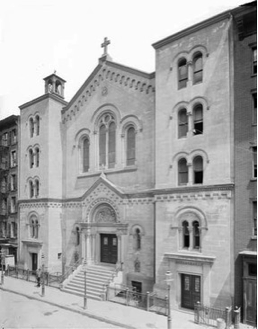 The Church of the Most Precious Blood. The church building was completed in 1904, and then interior decorations and sacred art followed. Beginning in the latter part of the 19th Century, Italian immigrants seeking better lives in America began arriving in large numbers. Waves of immigrants who settled in lower Manhattan in the early 1900s formed a neighborhood eventually known as Little Italy.

Address: 109 Mulberry St. or enter at 113 Baxter Street between Canal and Hester streets 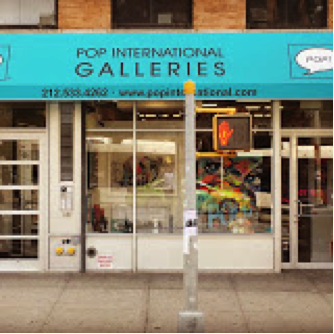 Pop International specializes in Pop Art, Urban Art and art and photography that is derived from, or influenced by, popular culture. Pop International fills a much needed niche in New York, as it is the only gallery in this action-packed neighborhood (near The New Museum and numerous other galleries), with this special, fun and important focus. The diversity and depth of Pop's inventory makes it a great springboard for younger people to begin collecting, while serving as a dynamic source for more seasoned and experienced collectors.